Turner, J. Beckett and B. Afton, Farm Production in England Oxford: Oxford University Press, Reviewed for EH. When was the English agriculture revolution? This is one of those key questions that historians have been debating for many decades.

Farming from above 2014 UK Farming at it's best.

In their new book, Michael Turner of the University of Hull, and John Beckett and Bethanie Afton from the University of Nottingham, present fresh evidence on farm output during the eighteenth and nineteenth centuries, and in doing do offer a reinterpretation of the timing and nature of the agricultural revolution in England. Lord Ernle penned the classic account of the agricultural revolution back in the early twentieth century.

This perspective was undermined by a wave of new scholarship in the s, led by J. Chambers and G.

Mingay, E. L Jones, and Eric Kerridge. These studies stressed the importance of change in the period before and widened the parameters of the agricultural revolution although Chambers and Mingay still cited the period to as the key one. Since then new sources which allow a more thorough quantitative assessment of output and productivity have been sought by historians, with recent research by Mark Overton, for example, stressing once more the importance of the century between and Before the s no official, systematic data on agricultural output were recorded and historians have been reliant on the data collected by Arthur Young and the authors of the General Views of Agriculture, amongst others.

As Turner, Beckett and Afton point out, these are not necessarily systematic or unbiased. Instead, they suggest, fresh data exist in the form of farm records. In chapter two the range and scope of this material is examined. The authors do not draw back from highlighting the limitations of these records. Farm Production in England is then, the first systematic attempt to analyze the evidence on agricultural output and practice provided in farm records. What do they find? Chapter Three deals with the question of the changing nature of farming practice and techniques in the eighteenth and nineteenth centuries. 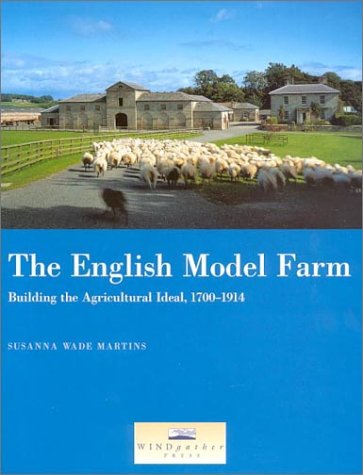